I recently had a male friend email me about my interpretation of some scriptures about women. I thought it made pretty good blog material, and I think I may do some further study along these lines in the future.

The scripture in question is 1 Timothy 2:9 - 15
The question, how does this apply to the modern woman?

First off, the Message version is pretty interesting:

9 And I want women to get in there with the men in humility before God, not primping before a mirror or chasing the latest fashions 10 but doing something beautiful for God and becoming beautiful doing it. 11 I don't let women take over and tell the men what to do. 12 They should study to be quiet and obedient along with everyone else. 13 Adam was made first, then Eve; 14 woman was deceived first - our pioneer in sin! - with Adam right on her heels. 15 On the other hand, her childbearing brought about salvation, reversing Eve. But this salvation only comes to those who continue in faith, love, and holiness, gathering it all into maturity. You can depend on this.

From what I remember, much of the epistles were written to specific situations within the churches to which they were sent. I have heard (and I’m sorry but I haven’t looked it up) that there was an issue with domineering women in this church.

It would be easy to toss this verse out and say… that’s just what was happening in that culture. However, scripture also says:

God obviously has ordained an order of authority in the family.

22 Wives, submit to your own husbands, as to the Lord. 23 For the husband is head of the wife, as also Christ is head of the church; and He is the Savior of the body. 24 Therefore, just as the church is subject to Christ, so let the wives be to their own husbands in everything. 25 Husbands, love your wives, just as Christ also loved the church and gave Himself for her, 26 that He might sanctify and cleanse her with the washing of water by the word, 27 that He might present her to Himself a glorious church, not having spot or wrinkle or any such thing, but that she should be holy and without blemish. 28 So husbands ought to love their own wives as their own bodies; he who loves his wife loves himself. 29 For no one ever hated his own flesh, but nourishes and cherishes it, just as the Lord does the church. 30 For we are members of His body, F15 of His flesh and of His bones. 31 "For this reason a man shall leave his father and mother and be joined to his wife, and the two shall become one flesh." F16 32 This is a great mystery, but I speak concerning Christ and the church. 33 Nevertheless let each one of you in particular so love his own wife as himself, and let the wife see that she respects her husband.

Ultimately, responsibility for the family’s spiritual outcome and overall wellbeing does rest on the man. However that doesn’t invalidate the woman in her ability to hear from God and sense the leading of the Holy Spirit. In a marriage where the couple is in submission to both God and each other, they can both be involved in the direction and spiritual flow of the family. Dan and I rely on each other to sense what is going on for our family and decisions we need to make… I feel an equal partner in this and he respects me. However, ultimately, if we can’t figure out what to do, the decision rests on him and I am submitted to that.

As far as the “women will be saved in childbearing” – I have heard various things and studied out various ideas. The saved is “sozo”… not the eternal salvation word, but referring to “safety, preservation, healing, wholeness, and soundness” It could be referring to protection and soundness during childbirth, because up until that point, women could be looking at the scripture of being cursed: Gen 3: 16 To the woman He said: "I will greatly multiply your sorrow and your conception; In pain you shall bring forth children; Your desire shall be for your husband, And he shall rule over you."

That does kind of go along with the whole passage about the husband being first, etc.

The aspect of beauty and looking beautiful is an easy one for me at this point. A few years ago, I really felt directed by the Holy Spirit to take a look at how I was dressing. It’s not like I thought I was dressing provocatively and I needed to wear long dresses and cover my head! But I did feel that I could dress in a way that was slightly more modest, but still be attractive. Having little girls (and a practically pre-teen girl) makes all the difference to me as well. Knowing that they watch me continually and are learning from the way I act and dress – and they are forming their opinions about how they will relate to the opposite sex from me, makes me really consider what I wear. Actually, I’ve found in many ways that children are great barometers for your actions. You consider how it would affect your child, and you quickly determine how you should or shouldn’t act!

What is the role of a woman? What a loaded question. While I don’t like to voice my opinions and I won’t push them onto anyone, I think my actions do speak for themselves. (Not to say that I am always doing the right thing!)

I’ve studied long and hard the passages about having kids vs. the opinion that a woman defined by whether or not she has babies. I feel strongly that we are given the mandate to procreate. God has many reasons for this. The home is probably the most effective place to raise disciples. Children are blessings. Never is there a passage where God says otherwise. Most importantly, I think God gives us children so that we can learn from them.

Everyday I have the opportunity to have my character molded, and my life blessed by having children in my home. We have lots of kids, because we believe it is part of God’s plan. Psalm 127 3 Behold, children are a heritage from the Lord, The fruit of the womb is a reward. 4 Like arrows in the hand of a warrior, So are the children of one's youth. 5 Happy is the man who has his quiver full of them; They shall not be ashamed, But shall speak with their enemies in the gate.

The great thing is, in that time, a quiver usually meant 5 arrows (ha ha) so we’ve done our duty! Just kidding…. Stopping now is more of a logistical thing – where to put them, etc. And feeling like I need to focus on the ones I have, rather than keep having more!

I also feel pretty strongly about being home to raise my kids. I don’t believe that we should send our children out into the world “to be a witness” as is the argument. We have a job to train them, teach them and protect them, and then, when they have grown, they will be capable of holding their own in the world. Why would I put them under a teacher, designate them as the “authority” and then have to undermine many things that that teacher says to my kid because it doesn’t line up with our Christian beliefs? Anyway, that is a whole other can of worms that I could write about for a while.

I have heard that many women feel useless by just staying home, changing diapers, etc. However, it all depends how you look at it. As the old proverb says “The hand that rocks the cradle rules the world”, it is entirely in my hands how these kids turn out. They are reflections of me, and so I hope they become reflections of Christ as I try to be more Christ like.

I’ve also read surveys that show that women aren’t necessarily happy working outside the home. The vocal minority may be monopolizing the press time and screaming out “rights for women! We don’t have to stay home all the time!” but in fact, there was a survey that most working moms would rather be with their children, and are only at work because they feel they have to. Here’s another example of a survey showing how most women would rather work part-time:

The Pew Research Center survey, being released Thursday, found that only 21 percent of working mothers with children under 18 viewed full-time work as the best arrangement, down from 32 percent in 1997. http://news.moneycentral.msn.com/provider/providerarticle.aspx?feed=AP&Date=20070712&ID=7156383

I feel like I’m jabbering on and on… and that I’m a little bit scattered here! But these are some of the ideas in my mind.

I feel complete, capable, smart…. I don’t think that by staying at home my abilities are wasting away (or being wasted on my kids). I don’t think my intelligence is a waste because being a mother of five, and homeschooling them requires a lot of intelligence and creativity! Sure I feel like I have Mommy-brain (and Mommy-body right after having a baby!) but I look at what I have: an amazing husband, wonderful children, a blessed life that could only be from God… Wow! He has taken me so far from the disturbed, depressed teen that I used to be. Praise God! 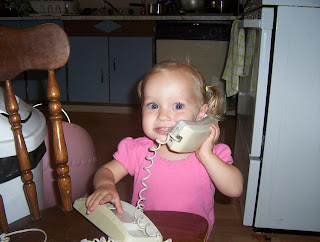