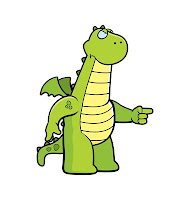 There have been occasions where my temper is simmering like a slightly over-full pot on a burner, and it takes very little heat to cause the bubbling mess to spill over and create sticky, gooey, hard-to-remove stains on the stove's surface. I can start my day with all the right intentions, all the perfect plans and have my schedule worked out expertly - and yet things just disintegrate quickly with the little issues; things that are petty, that I shouldn't become so worked up about.

When has anger ever accomplished anything? What has it ever done for me?

I try to steer my anger like a wayward bucking bronco. Perhaps if I can manage it, it will make things work better, people will listen to me, and the world will somehow be righted. But it has a mind of it's own, and instead tramples emotions; tramples the people in it's wake.

I try to use my anger to ill effect. Instead it uses me. It becomes the controlling force, the wave of passion that shows little regard for reason.

The Bible is famously quoted for the words: "Be angry and sin not". Is this even possible?

Sometimes, I think the only way I can be angry and not sin, is if I am not near any other people when I'm angry. Unfortunately, I blame people for my angry feelings, so: cause and effect - the angry feelings come out when there are people bugging me!

The problem is, that we sin (and cause harm) by our words, not necessarily by what we are feeling inside. The wrong is done in what we say. This lines up with another passage of scripture, about the tongue:

James 3:5 A word out of your mouth may seem of no account, but it can accomplish nearly anything - or destroy it! 6 A careless or wrongly placed word out of your mouth can do that. By our speech we can ruin the world, turn harmony to chaos, throw mud on a reputation, send the whole world up in smoke and go up in smoke with it, smoke right from the pit of hell. 7 This is scary: You can tame a tiger, 8 but you can't tame a tongue - it's never been done. The tongue runs wild, a wanton killer. 9 With our tongues we bless God our Father; with the same tongues we curse the very men and women he made in his image.

So my issue, and I must admit, isn't so much what I'm feeling at the time, but what comes out of me. The harshness; the words that I don't mean and the sheer volume (higher pitched and frustrated), are what need to be monitored and dealt with.

I think one of the primary causes of anger can be a sense of entitlement. We expect that we deserve to be treated a certain way. We think, that we are supposed to have exactly what we say or ask. Just have some kids and find out that this is not so.

Another cause of anger, and this one is blatantly obvious to me, is a lack of patience. (That seems to go hand in hand with entitlement being the "what" we want, and the lack of patience referring to the "when" we want it.)

What do I deserve in this life? It isn't necessarily what I demand. I am holding others to a standard that is not fair - and it's often a standard I don't require of myself. Or perhaps I do hold myself to that standard - like not to yell at the table and make messes, but those who I'm judging are merely too immature or have not reached the same sort of revelation about table manners that I have. Maybe the table manners seem like an obvious thing, and that relates to my children. However, even with adults, sometimes we expect behavior that we think is OBVIOUS, but they honestly don't know better or there is a particularly good reason why they are acting in a certain way. Once in a while, you aren't getting poor service at the restaurant because the server is bad, but because they just found out their sister was in a car accident, or they are failing school, or...fill in the blank with any sort of life's unpredictability that we all stumble upon from time to time.

I think the majority of the solution comes with an understanding of grace. We are asked by scripture to be gracious to one another:

Romans 12:3 For by the grace given me I say to every one of you: Do not think of yourself more highly than you ought, but rather think of yourself with sober judgment, in accordance with the measure of faith God has given you.

We are all equally incapable of measuring up. We all have failed, and deserve far less grace than has been granted us. In this light, first of all, who are we to judge (and condemn, and become angry with) one another? Secondly, we ought to give out grace in the same manner by which we have received grace ourselves. (While we were still sinners, covered in our own mess and filfth, Christ died for us. He didn't wait for us to "get it right" before extending the greatest measure of grace imaginable. Phew! I'm thankful for that!)

So back to my first thoughts - what does anger accomplish? It seems more like a tidal wave that makes a bigger mess in the long run. It has no power to create desireable results - it is, on the other hand, degrading.

"Set a guard over my mouth, O LORD; keep watch over the door of my lips."

Hi Lisa
Your blog on anger is marvellous. I can certainly identify with everything you said.

We are so thankful for you and the wisdom you bring to the Kremer family !

Thanks Mum! It's so sweet of you to read my blog and be so encouraging! :)

Thanks for posting that Lisa, and for the reminder about grace:)