I had so much to say about the visit to the slum schools, that I had to break up our day.  Now I will share about our visit to the Victory orphanage.

Thankfully, the orphanage was located much closer to the Victory headquarters.  In fact, we were told that if you walked, you could get there in just 5 minutes, but by car - because of all the winding roads and crazy traffic, it would take about 15 minutes.

We drove through typical busy streets and then came to a pathway that wasn't even a real road through some trees.  It was extremely bumpy and as usual, there was garbage all over the place.  We bumped along for a couple of minutes and then drove through what seemed like a REAL garbage dump.  It stunk horribly, there was junk and plastic wrappers everywhere - but the alarming thing about it was that there were nearly a dozen pigs wandering around the heaps of trash!  Suddenly we were back on a more "normal" village road (New Delhi is comprised of many smaller villages, all stuck together) and the orphanage was right ahead of us.  We drove into the gate and parked inside the courtyard.  Immediately, there was a difference.  Each time we entered one of the churches properties, it was amazing how much cleaner, more peaceful and orderly the building was.

We were introduced to some of the orphanage workers and the pastor began to give us a tour of the building.  They were constantly upgrading, and doing their best to make the home better for the children, to give them a better life.  The girls living in the orphanage were mostly true orphans - with both parents no longer alive, although some orphans have parents with critical illness who cannot take care of them.  There were 65 girls in all, and they shared several large bedrooms which had bunk-beds lining the walls.  Each child's bed was neatly made and many of them had a tidy yet small stack of their personal belongings on the ends of their beds.  Everything was very plain and simple, but obviously well taken care of and treated with pride.  There was a small room attached to one of the childrens' rooms that was for the teachers or leaders.  We came to a large, well lit open room that was used as a classroom and meeting area.  We were invited to wait in a small sitting area downstairs while the children assembled for us.

Again, were were humbled by the hospitality shown to us - we were given glasses of cold fruit juice and some funny white crispy chips that were in the shape of french fries (but tasted nothing like the western snacks I'm used to!).  I noticed a menu board on the wall, and took a picture of it.  There was also a hand-cute picture of a tree, with little faces pasted onto it, showing the months of each orphan girl's birth.

We were called up to meet the girls, and were brought in to the upper classroom where the crowd of neatly dressed, well-groomed girls were waiting with smiles on most of their faces.  Several girls stood in front of the group with bouquets of roses for us.  Once again it felt almost wrong that they were honoring us in this way, but we gratefully accepted their gift, and we were seated in plastic chairs in the front of the room.

The pastor was very jovial, and began to talk to the girls in Hindi, asking them about their meal that day.  (I could tell because I understood a few of the words were Indian dishes I've eaten before!)  Then he told us that the girls wanted to sing a couple of songs for us.  They broke out into gorgeous, jubilant melody in Hindi, filling the room with their praises.  One of the young girls in the front, sang with her eyes closed, her face uplifted and you could tell that she truly believed what she was singing.

We spent some time speaking to the girls and telling them how special they were to God.  It was not difficult to tell them that they were beautiful and loved and precious, because they looked up at us with sincerity and pure hearts.  God had truly taken the broken and brought them to a place where they could belong.  Their lives had been destined for emptiness, poverty and despair, and now we knew that these girls would become wonderful women who would glorify God with their lives and be an example to their community.

After we encouraged them and prayed for them, we took a couple pictures. (I will update and post them later, but they are on a different camera.) Then the girls went down to their dining room to have a snack and we went down to see where it was that they ate.  There were rows of tables and chairs, and the girls were all crowded around.  Immediately, we recognised what they were eating: "Somosas!" Dan said "They look delicious!"

"Do you want some?" they asked, surprised that we would be interested in their "boring" snack.

"Yes, please!"  we replied, "We love somosas!"  We each took one - and proceeded to sit down among the girls and eat with them.

Right away we noticed that the girls became very shy and giggly.  We would look down the long table, and making eye contact, would smile at them and wave "hello".  They were so sweet and knowing that they all represented a broken family, it was not hard to feel love and compassion for each of them.

We asked why they were giggling so much and the pastor looked thoughtful for a moment and said: "Well, probably because you are eating with them.  No white people have sat down at their table and ate with them before."

Whoah!  That was intense - just the idea that our sitting with them honored them so much was humbling.  We felt humbled to be near them, to speak to them and show them a little bit of love!  But they saw us as something special, and were so affected by our visit.  It made me all the more determined to smile and show love and attention to them.  Every chance I got, I would lock eyes with a girl and then smile affirmingly, trying with all my might to project some of the love of God that I felt towards them.

The visit was far too short.  It seemed that we could only glimpse into their lives for a moment, reach out and show them just a fraction of what was in our hearts, and then we had to go.

This home was such an incredible example to me of God's family.  You may be broken, alone, rejected, lost, hurting and impoverished.  But when you are welcomed into God's family, you suddenly have a home.  You have a safe-haven of peace and tranquility where you belong and are given a sense of destiny.  These girls had the love of God written all over them, and the work of the gospel, pure and undefiled was evident.  They were no longer merely orphans, but daughters of the King. 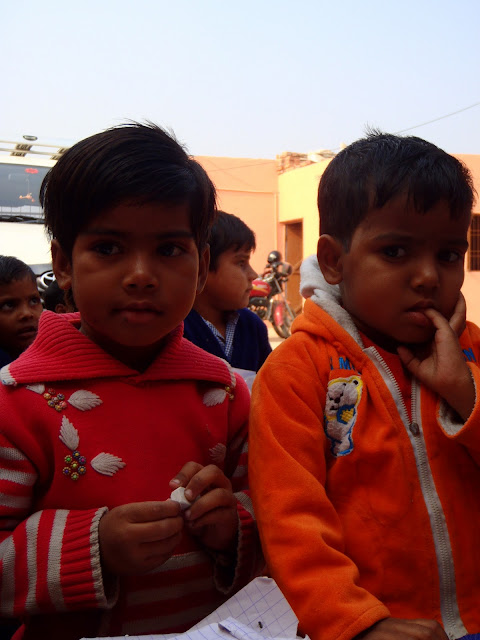 James 1:27 Pure and undefiled religion before God and the Father is this: to visit orphans and widows in their trouble, and to keep oneself unspotted from the world.

Wow Lisa. I absolutely love the post series you've been doing about your trip! Each one has brought me to tears. Thank you for writing about your experiences! I pray that God will keep you all safe and return you safely home.