The Failings of Fortitude

Weakness... the very word leaves a foul taste in my mouth.  I'm no sissy.  I'm not weak!

I was the tough kid.  I was always a little squirt - often the shortest in my class, but I made up for my size with effort and exhuberence.  In the typical recess soccer game, I'd be the first girl picked, even first out of many of the boys because I tried to approach the game fearlessly and I wasn't afraid to get my shins kicked (or do some shin-kicking myself).  My knees were often scabbed, my hair tousled with lopsided ponytails and I wore my brother's hand-me-downs with pride.  Pretty clothes were for church, but the real world required me to face dirt head-on, to stand up for the under-dog and to show off how strong and fast I could be. 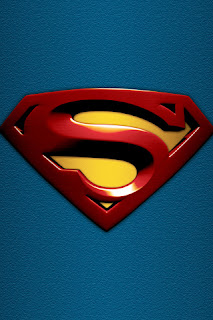 When I was a teenager, it was no different.  I took up running because it was hard.  I wanted to be fit and athletic and I was rather influenced by the insurgence of martial-arts and secret-service type movies, where the main character had to train hard to be like the Energizer Bunny (built to last) and be able to conquer the enemy.  I liked to wear camouflage pants with a black tank top and tried to create an image that said:  I'm tough, I'm strong, and I won't let anything hurt me or get in my way!

As I said, I took up running and at one point got myself very sick because of my stubborn approach.  I felt like I was training harder and better if the elements were against me, so one week, after a few runs in the rain, despite a cough and cold, I developed pneumonia.  I was 16 years old and in the middle of the night, as I grew more seriously ill, I felt miserable and wanted to climb into my parent's bed like a little girl.  Due to my high fever, I began to hallucinate and hear strange dripping noises that wouldn't stop.  I was shaking and shivering, and managed to climb out of bed, checking the taps in the bathroom and kitchen and yet I couldn't make the dripping noise stop!  I stood outside of my parent's door hesitantly for at least 10 minutes, tears in my eyes, feeling a frantic desperation to have someone help me.  I didn't realize I was so sick - and just felt like I was going crazy!  In the end, I couldn't let myself become weak like a child and wake my parents.  I was "grown-up" now.  I was sixteen!  So I spent the next hours until morning shivering on my bed as the fever ravaged my body and my lungs ached with every breath.  In the morning, my mom was shocked at my condition and told me that I should have woke her up.  I shrugged, in typical, uninterested teenage fashion, but did not resist being mothered and cared for after an x-ray showed I had pneumonia!

Over the years, there has always been something in me that despises weakness.  Perhaps it was the fact that I grew up (as I've mentioned before) as my older brother's tag-a-long.  Perhaps it is simply a product of my life's experiences both good and bad - but regardless, I resent the points in time where I can no longer rely on my strength of will and determination to get me through a situation.  It's as though I've felt that if I just work hard enough, just endure long enough, then I can get through ANYTHING.  However, that's not always the case.

The more I become aware of other people's hurts - whether it is my children, or friends, or people my husband and I care for in our church - the more I realize that I am just not strong enough to fix it!  The weight and cares become a burden that break my heart and bring me to helplessness.  The problems are too great - I don't have enough wisdom, I don't have enough money to bail out my friend who's in a tight spot financially and I don't have the magical ability to make everything better.  Then there is the fact that people often make mistakes - specifically my kids - and I can't always erase the problem and make it go away.  I can't always be there to hold my child's hand, and sometimes the decisions they make will break my heart.

I think that being a "tough" person is an asset, but it can also be a misfortune.  It means that my first instinct isn't to ask for help.  It means I am less likely to share my feelings and struggles.  Most of all, it often takes me tripping over an obstacle or working so hard that I become run-down, worn-out and depleted of strength before I realize: "Hey... maybe I should ask God for help?!"  Duh!

One of the most heartening scriptures to me is from 2 Corinthians 12:10 "For when I am weak, then I am strong.", speaking of Christ's ability to work through our inability.  You see, we don't often ask for help and rely on God when things are going great.  Those are the times where we feel that we are coasting on our enduring human effort, our formulaic prayers, and our indispensable wisdom and knowledge.  Then something knocks you off of your high horse (life happens...) and disappointments leave you feeling broken, shattered and desperately frail.  And you sit in the mess of your life, lamenting the hurts and challenges, weeping tears of defeat, until you finally think:  Maybe I should ask God for help?


I don't think God ever intended to be our "9-1-1" emergency phone number.  At least, that is not the primary interaction He was hoping to have with us in this life.  Yes, He cares when you are in a state of crisis, but He also wants to hear about the good stuff, the mundane stuff, the kind of stuff you talk to your best friend about while drinking lattes and staring out the window.  God is not wearied by our prayer lists and repetition - we can see that scripture encourages "effectual, fervent prayer" (James 5:16).  However, Jesus came to this earth to show us how to have intimate communication with Him.  He came here to interact with, lead and befriend people who were tired, weary, and broken.  We can see by His relationship with the disciples that they interacted on a fairly intimate level.  They were a community that ate, traveled, worked and lived together; unlike the multitudes that only gathered around to hear a nice story, get a free meal or ask for help when they were sick and in crisis.  I want to interact with Jesus as one who truly follows Him in all areas of my life.  It's not enough for me to just run to Him when something goes wrong!

It goes against my nature, but I'm looking to become more broken before the Lord.  Psalm 34:18 says: The LORD is close to the brokenhearted and saves those who are crushed in spirit.  Do I want to be closer to the Lord?  Absolutely.  Do I want to be broken?  Not a chance.  Yet... I've seen the end of myself before and it's not pretty.  I've been beaten down by life before and it really sucks.  In the same way that I refused to call on my mom and dad when I was a stubborn, sick sixteen-year-old, I often ignore the presence of God that could be in my life, in a more tangible way.  I don't want to let it go that far anymore... so, I'll admit it right now that I am not strong enough.  I need help.  I need God.
Posted by happymummy at 4:21 PM

This one touches right to the heart
Lisa,like a lot of your blogs do.One day I belive you will minster to alot of people because of your willingness to be so transparnet.Can wait to buy that first book.God bless you and keep them coming. RICK

I totally remember when you got pneumonia, and I remember being mad at you for being so "tough" about it all. :) Of course... I recognize all these symptoms of ubertoughness in myself, so I can't be mad at you anymore. Thanks for sharing your heart, God is speaking to me along the same lines right now.

Thanks for these thoughts. I've never much thought of myself as 'tough' but 'strong' and 'survivor' have been frequent in my conversations of my life, especially my past. All of what you said I can relate to, and you've got me thinking....

Sometimes I hate that I minister MOST out of my brokenness. I wish I found most of my ministry opportunities from the things I do well, but it doesn't work that way. It's because I've dealt with hurts and depression and family junk and sacrifice that I'm best able to speak into people's lives and walk along side them through their hurts and heartaches and brokenness. Rarely do people come to me and say, "You're so good at this, can you help me?" It's usually me going to them in their times of utter weakness and loving them from my own experience of being right where they are.

Allowing ourselves to be broken - not just letting things break, but coming to that place where God breaks our hearts for what breaks His, where God breaks our wills that we might better follow His, where God takes the broken pieces and puts them together in His puzzle - is probably the hardest thing for me to do and watch. But I know it has the potential to draw me and others closer to God than anything else does.